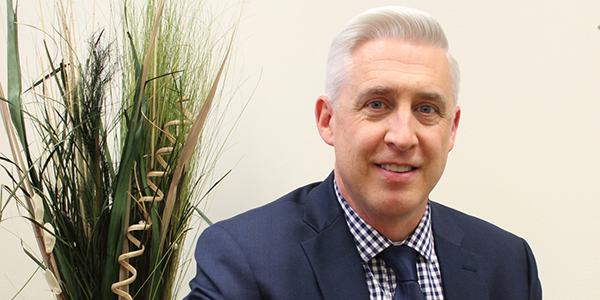 Travis Guse is a native of the Great Northwest, having been raised in Idaho Falls, Idaho, and completed his undergraduate studies at Concordia University in Portland, Oregon. After college, he spent four years as a Director of Christian Education and three years as a Director of Outreach before enrolling at Concordia Seminary, St. Louis.  In 2002, he completed his Masters of Divinity with an emphasis in outreach and church planting.

Travis and his wife, Stephanie have been married for twenty five years, and have a 17 year old son named Kendall.  Stephanie is originally from Singapore, but became a U.S. citizen in April of 2005.  Stephanie’s mother, Swee Keng, is also living with them.

Travis was baptized in the Catholic Church as an infant, but grew up Mormon. He became a Christian in high school through the ministry of St. John Lutheran in Idaho Falls, ID and Camp Perkins, a Lutheran camp north of Sun Valley, ID. Since then, his greatest passion has been to reach out with Christ’s love to those who are hurting and broken in this world.

Travis’ previous ministry experiences include training, motivating, and implementing the outreach efforts of congregations and schools in today’s post-Christian, multicultural environment. Since taking the Strengthsfinder assessment in 2007, he has embarked on a journey of utilizing coaching as a means of personalized discipleship and as a tool to empower everyday believers to discover their gifting and workmanship. In addition to being trained as an ICF certified Executive Life Coach as well as a certified Gallup Strengths Coach, Travis is finishing up his doctoral studies in the field of Coaching and working on his dissertation in the topic of Empowering Millennials to Discover and Live Out Their Unique Calling in Christ.

Travis’ last call was as the pastor at St. John Lutheran Church in Idaho Falls, ID – his home congregation he came to faith through.  In August of 2016 he accepted the Call to serve as the Mission Engagement Facilitator for the Central Region of the Southeastern District.  His new ministry is focused on inspiring, equipping and empowering the Priesthood of All Believers to begin to connect with and bless their neighborhoods for the sake of the Kingdom through the SED’s iNeighborhood initiative.